Despite taking in Hundreds of Millions of Dollars from Asbestos Trusts in 2019 — Asbestos Lawyers Steven Kazan and Alan Brayton take MILLIONS in PPP Loans – Pure Greed!

These lawyers could not be more corrupt!

First they steal from Asbestos Trusts (Billions). Now they are stealing from the Government by taking PPP Loans.

PPP loans are for those Law Firms and Businesses that NEED the money to remain in business. Not for lawyers who have taken in BILLIONS of Dollars in settlements.

Does the greed of these lawyers ever stop? 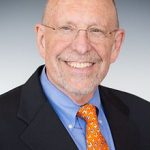 Each took in hundreds of millions of dollars in 2019. There is NO WAY their Law Firms needed PPP (Government) money to remain in business! No Chance. These loans are pure theft by Kazan and Brayton! Here is proof of Kazan and Brayton taking Millions in PPP Loans. PPP Loan Information – LINK – Governmental Data.

We all know what happened. Pure Greed. Each has hundreds of Millions in the bank — but didn’t want to reach in their pockets!

Asbestos Trusts are paying during Covid! Money is still coming in for both Firms in 2020. They control every Asbestos Trust and the Fiduciaries. Both are still making Millions!

Bottom line, Brayton and Kazan may have had to reach in their pockets (or the Law Firm’s funds) in order to pay staff. Instead – they decided to defraud the government.

These monies are for those financially impacted – not for rich, greedy Plaintiff Lawyers Steven Kazan and Alan Brayton