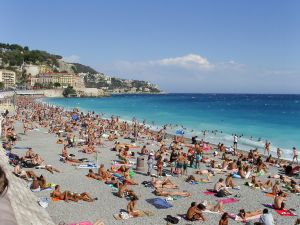 It’s Spring Break season, and the beaches of Mexico are filling up with foreign tourists heading south of the border intent on soaking in the warmth of the sun and splashing in the waves. But not unlike the plot of a familiar co-ed horror movie, there is a danger lurking near the waters of Mexico’s beaches, ready to take tourists’ lives in a gruesome fashion. Only unlike most Spring Break horror movies, the danger is not in the water – it’s on land, it may be in the tourists’ hotel rooms, and it’s deadly. It’s asbestos.

Asbestos is a mineral fiber, used extensively in industrial applications in the United State until the 1980’s, due to it’s heat resistant and bonding properties. Today, close to 2000 companies in Mexico still use raw asbestos in the production of various construction products, including asbestos cement piping, roofing materials, boilers, asbestos insulated wiring, and automotive brakes. According to a January 2012 report, from 2000 to 2010, production factories in Mexico used 213,414 metric tons of asbestos, over 20,000 tons a year. All this, despite the fact that asbestos use was widely curtailed in the United States close to 30 years ago, due to it’s cancer causing risk.

The continued widespread use of asbestos in Mexico is a potentially lethal and hidden danger to tourists, according to noted Mesothelioma plaintiff’s attorney Michael Mandelbrot, founder of the Asbestos Legal Center in San Francisco. “Most individuals traveling abroad are unconcerned when they see construction or remodeling taking place at the hotel where they are staying, or at a site nearby. They don’t think to ask themselves, does the dust being generated from the site contain a poison that is going to give me cancer? And what hotel guest is going to ask the front desk whether air samples are being collected from the remodeling job occurring at the hotel? Tourists traveling abroad in Mexico need to be aware that asbestos is still used in construction products in Mexico, and it’s deadly.”

Asbestos exposure causes serious and fatal disease, such as asbestosis, lung cancer and mesothelioma. Mesothelioma is a disease affecting the lining surrounding the lungs, heart, and abdomen. There is no cure for pleural malignant mesothelioma, and the average life expectancy for a person diagnosed with the disease is nine months. According to the World Health Organization, there is no safe level of exposure to asbestos. That means that even an exposure that is briefly limited in time, is unsafe. In the United State, asbestos use was curtailed in part in the late 1970’s and early 1980’s, as a result of individuals suffering from asbestos related diseases filing lawsuits against companies the used asbestos in the manufacture of their products. Many of those lawsuits alleged that products containing asbestos were unsafe, as the risks associated with using the products outweighed any benefit the product provided. Today asbestos use is not completely banned in the United States. 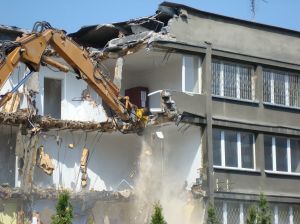 Individuals traveling abroad should consider changing hotels, if where they are staying is located next to a construction site, especially if the demolition of a pre-existing building is taking place. “Symptoms of diseases caused by exposure to asbestos do no show up until many years after a person is exposed to the fiber. One can never be too careful.”, said Mr. Mandelbrot.

The Asbestos Legal Center is now providing free consultations to mesothelioma, lung cancer, and asbestosis patients, at 1(800)970-3878. It can also be contacted online at www.mesothelioma.pro.