Each solely has one goal in mind – Misappropriate as much as they can from Asbestos Trust Funds — the 30 Billion Dollars for asbestos victims. And misappropriate they have…..at least a BILLION DOLLARS. All monies that should have gone to victims has gone in these lawyers (and one Judges) pocket. Some even paint themselves as ‘victims advocates’ (i.e. Steven Kazan, Alan Brayton…)….but they are far from it – “Traitors” to the core who have stolen hundreds of millions from victims. Every asbestos victims gets less money because of these lawyers. Every one. All with one goal in mind….to line their pockets with as much money from Asbestos Trust Funds as they can…These are greedy and dishonest lawyers — each who has breached their Fiduciary and Ethical Duties and  have collectively misappropriated and assisted in the misappropriation of at least One Billion Dollars from Asbestos Trust funds.

Let’s introduce to you to the “Dirty 30” – 30 Corrupt Asbestos Trust Lawyers (and one Judge!)

So there they are…”The Dirty 30+”. To act with such unabashed fraud – there is seriously something wrong with these individuals. Really wrong. Greed? Partly. Bad Lawyers who see a Chance to Steal Millions? Partly. Corrupt? Collectively!! 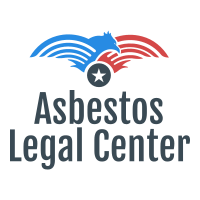