UPDATE 2/2016 – The fraud, racketeering and bad faith of Kathleen Campbell Davis continues. Not only is she misappropriating funds from the General Motors Asbestos Trust (improper billings), her suspension of thousands of valid claims (solely to harm a lawyer) is corrupt, a clear breach of her fiduciary duties and solely designed to harm beneficiaries she bills the Trust to protect. Campbell Davis remains one of the most despicable attorneys in the Country.

If you have filed a claim with the General Motors (MLC) Trust or A.P. Green Trust – watch out – the lawyer overseeing this Trust is one of the most dishonest in the Country.

Plaintiff lawyers and victims of asbestos diseases – Watch out for Kathleen Campbell Davis! She’s lurking. Dishonest. An “Enabler” of Trust fraud. Someone who can’t follow simple rules.Someone who harms the beneficiaries she is paid to protect. Shady. Conspires in bad faith. An embarrassment to female attorneys.

Let me introduce you to Kathleen Campbell Davis. – Dishonest Attorney 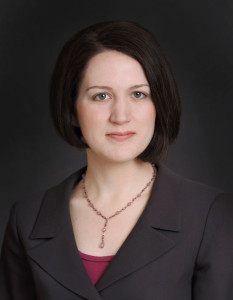 “Literally despicable is the best way I can describe Kathleen Campbell Davis” said experienced asbestos plaintiff’s attorney Michael Mandelbrot. “In my years of dealing with her, Campbell Davis has done everything possible to harm the individuals she is paid to protect, collude with other lawyers and law Firms and displayed a complete inability to follow simple rules.” continued Mandelbrot.

So who is Karen Campbell Davis? Apparently, the only real legal job she’s ever held is the one for her current Firm Campell and Levine (http://www.camlev.com/) where she has worked since 2002. At some point, apparently due to reaching billable hour goals, Campbell Davis was ‘named’ a partner at the Firm. Currently, Campbell Davis – as an attorney – represents “Asbestos Trusts” set up pursuant to Chapter 11 of U.S. Bankruptcy Code designed to compensate thousands of victims diseases. This is tremendous position of “power” as there is “billions” of dollars in these Asbestos Trusts for victims of asbestos diseases. Specific Asbestos Trusts where Campbell Davis is the attorney include but are not limited to include the General Motors Asbestos Trust (Motor Liquidation Trust) and the C.E. Thurston Trust. Campbell Davis, according the website, also won an award at some point in her career in “feminist legal theory.”

Why is Campbell Davis so bad as a lawyer? “I just wish she could follow simple Trust rules. She clearly can’t,” said Mandelbrot. “And by colluding with other lawyers, she literally harms the victims of asbestos diseases she is paid to protect. For the past year, in bad faith, she has violated the Trust Rules she is paid millions to uphold and literally suspended my claims.” said Mandelbrot. “Finally, when the Chief Bankruptcy Judge in New York (Hon. Cecelia G. Morris – Southern District) indicated that this conduct was wholly unauthorized, Campbell did nothing. Not only was the suspension in bad faith, but the continuation of it borders on criminal conduct and is definitely unethical. But that doesn’t stop Campbell Davis.”Manville Transcript – 7-16-2015 – key portions highlighted.pdf

Apparently, extortion isn’t beyond Campbell Davis either. “After she suspended my claims while concurrently billing the trust thousands of dollars, she then tried to extort claims from office.” said Mandelbrot. “Campbell Davis literally told me the only way the General Motors Trust would review claims for my office is if I transferred them to another attorney. She was using her ‘position of power’ to extort claims and clients from my office. Clearly, despicable conduct by any lawyer.” said Mandelbrot. “It’s time this corrupt and despicable lawyer has been exposed.”

Cambell Davis’s Goal – To Bill the Trusts (APG/GM) as much as possible which engaging in bad faith. No doubt her attitude is that “if I can just peal away a few million from each of these Trusts, no one will ever notice….”

Let’s just hope the State Bar, Department of Justice, or her clients act soon. And for those feminists out there – can this person possibly be a role model?