Is it a coincidence that both Snyder (the #1 Fiduciary at the Trust) and Brown (the #2 Fiduciary at the  Western Trust) both retired just as the Department of Justice began investigating the Western Asbestos Settlement Trust? OF COURSE NOT. Both Snyder and Brown engaged in racketeering, fraud, and the misappropriation of Billions in Asbestos Victims’ Trust Funds.

What did both Snyder and Brown do once they “retired”? Signed (sham) “Confidentiality Agreements” in hopes of taking their theft and fraud to the grave. But there is extensive evidence of their fraud in the public domain…here’s examples –

It’s was just a matter of time before Snyder and Brown got caught!

Here’s a recent post (pre-“retirement”) relating to Sara Beth Brown….Next stop for Snyder and Brown should be the Federal Penitentiary….

Simply calling these two (Paul and Brown) disgraceful and dishonest would be compliment. One cannot understate the immense fraud committed by Laura Paul and Sara Beth Brown. No doubt they are currently in the process of trying to deceive the Department of Justice. Their “leader” – and the individual most responsible for over $1,000,000,000 (yes, billion) in asbestos trust fraud – has “resigned” amid the Department of Justice Investigation – Stephen Snyder. Snyder’s partner in crime – Gary Fergus (the great white buffoon) – was fired from the Trusts. But Paul and Brown continue to steal victim’s monies. 15 years  now…

The fact that these 2 repulsive individuals oversee BILLIONS in Asbestos Victims’ Trust Funds is utterly shocking! 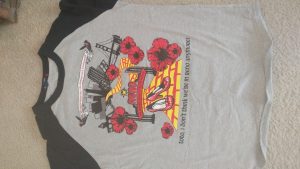 Laura Paul doesn’t even have a College Degree. Never had a decent job in her life. No Paralegal Degree (never took the exam). A single mom w/4 kids to 4 separate fathers desperate for job before working for the Asbestos Trusts. And this is someone who’s honestly selected by Fiduciaries to oversee millions in Victims’ Funds?

Sara Beth Brown was fired from her prior employment (IGT slots) for Misappropriation of Funds and Theft and Misuse of Corporate Property. No hopes for employment and no future earning before the Asbestos Trusts came calling. I can assure you’ve never met a bigger ‘liar’ in your life than Sara Beth Brown. And this someone who’s honestly selected by Asbestos Trust Fiduciaries (Steven Kazan, Alan Brayton, David McClain) to oversee BILLIONS in victim’s funds? Steven Kazan and Alan Brayton hand selected this fraudster so they could misappropriate millions.

Here’s a letter from Morgan Lewis & Bockius buffoon Benjamin Smith – solely hired with asbestos victim’s money. This moron has billed millions (all bad faith billings) and was paid by Laura Paul from TRUST FUNDS. Smith then ‘stole’ more money from the Trusts to write the attached letter to try to ‘protect’ fraud.

Here’s are the Corrupt Asbestos Plaintiff Lawyers who “Hired” Laura Paul and Sara Beth Brown so they could misappropriate Billions:

Steven Kazan – The Face of Asbestos Fraud – Kazan, along with his partner David McClain – conspired with Brayton…..