The comparisons are undeniable. Both misappropriated billions of dollars. Both enriched friends/family at the expense of victims. Both held themselves out “pioneers” while committing vast fraud. Both will leave a legacy of fraud and bad faith impacting tens of  thousands of victims solely to enrich themselves. Unfortunately, only one of them is in jail. Madoff. The other (Kazan) continues to misappropriate funds from asbestos claimant. The difference? In every Asbestos Trust Kazan inserts a “License to Commit Fraud” thus allowing him to continue his wrath of dishonesty (i.e. …“No Asbestos Claimants’ Representative are to have or incur any liability to any Entity for any act or omissions arising out of the Chapter 11 cases or during the entirety of the Chapter 11 cases). 2 Criminals (although only one has been convicted – Madoff) – 2 “Losers” – 2 of the biggest fund frauds in history – 2 very bad individuals.

Let’s look at a side by side comparison of the 2 “Frauds”  Kazan and Madoff: 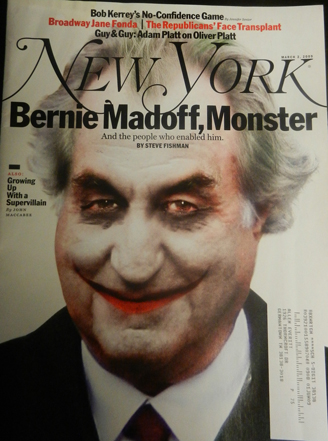