Opinion based on 20 years of filing Asbestos Trust Claims – See full blog post on this topic – Updated September 4, 2017 (and as circumstances change)

Note: This is a ‘story’ that has to be written. Billions and Billions of Dollars have been stolen by the individuals below. Billions. Each of the individuals below is tied to each other as an “Asbestos Trust Fiduciary”. Each is dishonest. Each commits fraud solely designed to misappropriate money from asbestos victims. Each is solely engaging in fraud to “line their own pockets”. Quite possibly “THE” most corrupt lawyers in the Country. The Asbestos Trust Mafia.

The “Godfathers” of the Asbestos Trust Mafia are 4 Individuals –

3) Alan Brayton – The most dishonest Mafia member of them all. Submitted hundreds of fraudulent and inflated defaults to help create the 2 billion dollar Western Asbestos Trust through collusion with other Mafia members (David McClain, Stephen Snyder, Michael Ahrens, Gary Fergus).

But Kazan, Brayton, and McClain could not accomplish this ‘feat’ without other Mafia members. We will detail those below.

5. Sander L. Esserman – (New Entry to the List) – One of the real ‘dishonest and bad lawyers’ involved in Asbestos Trust Litigation – Probably should be an Underboss (he ‘bows’ to Steve Kazan), but given the vast amount of fraud, bad faith, and harm to victims – he’s clearly a “Godfather”

UNDERBOSSES (A REAL “PACK OF FRAUDS”)

Their company is Verus Trust Services (www.verusllc.com) – each of these complete ‘losers’ are former Asbestos Defense lawyers (C.C.R.) which wholly precludes them by D.O.J. rules from serving on Asbestos Trusts, yet they oversees (and assists in misappropriating) over $1,000,000,000.00 in Trusts funds.  Myer is a walking “Pinocchio”. Kim Lavin is ‘affectionately known’ as “The Liar” and a despicable lawyer. Unquestionably, Lavin’s presence at Verus is because she is “dumb enough” to join the corrupt activities after being a failure as a litigator.  Collectively, these 3 have ‘harmed’ tens of thousands asbestos victims through fraud, bad faith,”dis”favoritism (towards anyone but Mafia members).

Conspires and colludes with the Godfathers to ensure their claims are paid, asbestos sites are concealed, and victims lose

An “interested party” violating D.O.J. rules who has personally misappropriated (stolen) at least $10,000,000.00 from Trust funds. “Hides” in Trust Annual Reports by serving as the “Attorney for the Futures Representative” — a 90 year old former Judge (Charles Renfrew) who is naive to the fraud and happy to collect his yearly stipend. Fergus should have all monies received over the last 10 years disgorged and returned to victims. A pathetic lawyer who has ‘sponged’ off of victims funds for nearly 15 years. 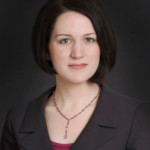 6. STEPHEN SNYDER – www.smollp.com – The biggest criminal of them all.

LIED under oath and indicated that he was “retired” and resigned from the Bar to hide his insider dealing. Resigned (as a ‘sham’) from the California State Bar in 1999 so that he could deceive the Court and becomel Managing Trustee of the Western Asbestos, J.T. Thorpe, Inc. Trust and the Thorpe Insulation Trust. Personally and individually responsible for misappropriating over $100,000,000.00 in Trust funds from 3 Trusts (www.wastrust; www.tistrust.com; www.jttstrust.com) to himself and Gary Fergus  (see above) and over a $1,000,000,000.00 to the Underbosses Kazan, McClain and Brayton. Evidence of Insider Dealing – Snyder.  This former defense lawyer (for over 20 years) took Fibreboard into bankruptcy (along with Fergus) through excessive billing. As an ‘interested’ party, should have no dealings on Trusts. The type of lawyer who gives all lawyers a bad name. A real despicable person.

7. MICHAEL AHRENS/STEVE SACKS – These are Alan Brayton’s “underbosses” – protecting his crimes through fraud, perjury and bad faith in every instance. Paid millions of dollars to protect Brayton’s fraud. A couple of complete buffoons. Ahrens to ‘fat slob’ who has used his role in protecting Brayton’s fraud as a path to retirement. Sacks is a ‘chronic liar’ – who has committed perjury on multiple occasions. These 2 are complete losers. Ahrens clearly an alcoholic whose “legal enemy” (Al Brayton) became his buddy once they colluded to misappropriate funds from Trust Beneficiaries. Ahrens should retire and will leave a legacy of fraud.

I will also be adding LOTS more documents and evidence –

Here is a Link to Another Attorney who wrote about the same fraud in 2015 – In Forbes Magazine – They entitled it “Institutionalized Fraud” https://www.forbes.com/sites/danielfisher/2014/05/08/plaintiff-lawyer-offers-inside-look-at-institutionalized-fraud-at-asbestos-trusts/#155390e046c2