It’s rare you ‘find’ a lawyer who lies, operates openly with conflicts of interest, misappropriates funds from Trusts to meet his ‘billing requirements’ and engages in racketeering and fraud to harm the beneficiaries he is paid to protect…Let me introduce you to the face of fraud –  Peter D’Apice from Law Firm of Stutzman Bromberg Esserman Plifka.

If you are one of the thousands of victims of asbestos disease who is not being compensated by Asbestos Trusts – this “enabler” of corruption is why…. 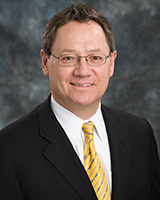 Asbestos Trusts D’Apice has his ‘dirty hands’ in, enables corruption, and plays favorites include:

“I’ve told D’Apice many times that I don’t know he can look in the mirror. He is the perfect example of why the public generally hates lawyers – he’s dishonest, operates with tyranny, acts as if others are “below him”, misappropriates funds, and has zero remorse for his wrongdoings (so long as he makes more money…). A real despicable lawyer.” said experienced Asbestos lawyer Michael Mandelbrot. “He’s not intelligent or bright either – just an evil lawyer and bad person.”