Think about this! Every present and future victim of asbestos diseases in the United States will receive less money than they are entitled to because of 2 very corrupt lawyers – Steven Kazan and Alan Brayton. Every single one. Every victim of mesothelioma. Every victim of lung cancer. Every victim of asbestosis will receive less recovery because of the brazen, insider dealing, Department of Justice violating theft of Steven Kazan and Alan Brayton. Every single victim from not until ……well, forever. You simply can’t just ‘replace’ the Billions of dollars these two have misappropriated. Sure they had dozens of “enablers”, insiders, and other Fiduciaries assisting (i.e. Ankura Consulting, Anne McMillan, Mary Ellen Nickel, Most every Asbestos Trustee and Futures Rep..), but “Kings of the Corrupt Castle” are Steven Kazan and Alan Brayton.

Look in any Asbestos Trust By-Laws and Trust Distribution Procedures and you will find them. Purportedly acting in a Fiduciary capacity for the benefit of ALL Victims. But D.O.J. Rules don’t matter to Steven Kazan and Alan Brayton. Just greed and theft.

They are “Fiduciaries” for the victims of asbestos diseases. But for each Asbestos Trust, Kazan and Brayton breach that “Fiduciary Duty”.

Here are some examples of how Brayton and Kazan have performed mass corruption and fraud:

Here are the 4 Steps that Steven Kazan and Alan Brayton took to Corrupt Every Asbestos Trust:

So here are the Frauds themselves: Steven Kazan and Alan Brayton (more fraudsters below too)….

Harming all Present and Future Asbestos Victims and the undisputed King of Corruption – Steven Kazan – aka Bernie Madoff (#kazanlaw.com, @kazanlaw.com) 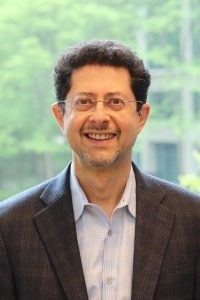 Bethany Recht – Fraud – Queen of Asbestos Liability Concealment – Has been provided thousands of liability sites for the AC&S Trust and the A.P. Green Trust and failed to add the sites impacting thousands of present and future victims of asbestos diseases.

The definition of “Insider Dealing” and Fraud – Stephen Snyder

Mandelbrot Blog: The Mandelbrot Law Firm Blog was started in 2015 in an effort to expose corruption, fraud, bad faith, and theft at Asbestos Trusts. To date, there has been at least $20 Billion stolen/misappropriated from Asbestos Trusts by the lawyers, Judges, Professionals, and fraudsters employed or working with Asbestos Trusts. In 2012, these same corrupt lawyers initiated 3 simultaneous identical ‘sham’ lawsuits against my office. One of the these lawsuits was dismissed. The other two were heard in front of  “the Most Corrupt Judge in the Country” – Judge Sheri Bluebond. Bluebond ruled with favoritism, bad faith, created bad law, and had her favored parties provide her with Orders weeks before a hearing so that she could rule for her ‘buddies’. Sheri Bluebond is not an Appointed or Elected Judge. She applied for the job (like one would apply at a 7-11), and used her Asbestos Trust connections to recommend her to the bench (so Bluebond could then rule for them and ‘enable’ corruption and fraud). Because of Bluebond’s many misguided rulings, Billions of Asbestos Victim monies have been misappropriated while Bluebond has ignored irrefutable evidence of Attorney fraud, bad faith, and criminal conduct (Alan Brayton, Steven Kazan, David McClain). In the cases against my office before Judge Bluebond, her rulings were overturned on Appeal twice (!) after which Bluebond created bad and incomprehensible solely to rule for her buddies at the Trusts (Thorpe Insulation Asbestos Trust and J.T. Thorpe, Inc. Asbestos Trust). The contents of this blog are solely the opinions of Michael Mandelbrot based on publicly available information about public figures. If there is anything inaccurate in this blog, please contact mandelbrot@asbestoslegalcenter.org and prompt corrections will be made.