Have you seen the new Forbes Article – Cleaning up the Asbestos Litigation Mess: A Role for the Department of Justice? ….. 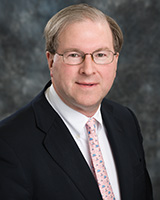 Here’s some good documents for the Department of Justice:

WMAC Release-Jack Kananian 2004 – this is a million dollar fraud by Alan Brayton and there are hundreds of other similar claims!! All paid by Steven Snyder and Gary Fergus (above). Every inflated/fraudulent Western Asbestos default taken by Brayton had fraudulent/boilerplate interrogatories, inflated/fraudulent damages states, and were solely sent to retiring Judge Paul Alvarado (who willing signed them on his way out the door…).

Steven Kazan – The Face of Fraud

Cleaning Up The Asbestos Litigation Mess: A Role For The Department Of Justice?