Some hard choices for the Winners of the Asbestos Litigation Corruption Awards in 2022. With misappropriation of funds, corruption and fraud at nearly every Asbestos Trust, by nearly every Fiduciary/Trustee/Trust Advisory Committee (TAC/ACC) Member, choices this year were quite difficult.

Here are the Winners of The 2022 Asbestos Litigation Corruption Awards

2022 Most Corrupt Lawyer/Trustee/Fiduciary at Asbestos Trusts

– Despite being caught in conducting mass fraud at Asbestos Trust

Proof – Eve Karasik Campaigning for Judge Bluebond while Litigating Before Her 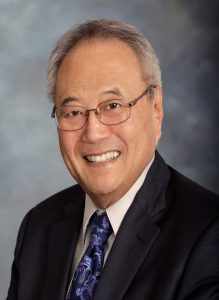 Former Alameda Asbestos Judge Ken Kawaichi was definitely bribed by Steven Kazan and Alan Brayton while still on the Bench (Kazan to Kawaichi:  “Rule for me on these Asbestos Cases, including the $1Billion Western MacArthur case, and I will provide you with a “Golden Parachute”  – a Trustee position and Asbestos Trusts where I am a Trust Advisory Member. You will make at least 10 times more than working as a Judge and you can use the victim Trust funds as your Personal Piggy bank…” Kawaichi to Kazan: “Deal – just don’t tell anyone.” Fast forward to 2022 – Trust Litigation has “proven” that Kawaichi has ‘stolen’ at least $5M from the NARCO Asbestos Trust (and how much from the others…?)…

Western Asbestos Settlement Trust, J.T. Thorpe, Inc. Settlement Trust, All Trusts at DCPF (Delaware Claims Processing Facility) – this includes Pittsburgh Corning, OCF, Babcock & Wilcox et al… Many, many Trusts could have won this award. At least $2Billion has been misappropriated from these Trusts by Alan Brayton, Steven Kazan, and others in coordination from Ankura (see below) and Fiduciaries/Trustees such as Mary Ellen Nickel, repulsive Laura Paul, and others…Asbestos Trust Check used to pay for Brayton’s WEDDING – Signed by Sara Beth Brown

Winner: Ankura Consulting L.L.C. (Washington D.C) – The most dishonest, corrupt, insider dealing corporation in Washington D.C. Have misappropriated at least $120 Million in ‘sham’ billings and assisted in paying out over $1Billion in fraudulent Asbestos Claims to Kazan, Brayton and other Plaintiff Firms. Lies to Judges, Department of Justice, Asbestos Victims, Doctors, and all other professional to further fraud.

Dr. Robert Cameron – UCLA Medical Center – Receives huge yearly monetary payoffs from Plaintiff Lawyers (Worthington & Caron) to refer cases. Compromises his medical treatment solely so he can refer cases to lawyers to make $$$$. A complete fraud. Has taken at least $5Million in bribes to refer cases. Has Worthington and Caron’s brochure in his waiting room.