The Most Corrupt Lawyers in America 2021 (Asbestos Litigation) –

END_OF_DOCUMENT_TOKEN_TO_BE_REPLACED

Steven Kazan – The Most Corrupt Asbestos Lawyer in the Country

Steven Kazan’s decades of Asbestos Trust Fund ‘double dipping’, insider dealing, and corruption could finally be coming to an end.

END_OF_DOCUMENT_TOKEN_TO_BE_REPLACED

The Mandelbrot Law Firm is now appealing to Mesothelioma and Lung Cancer Victims in California  to call the Asbestos Legal Center http://www.mesothelioma.pro anytime at 1-800-970-DUST. 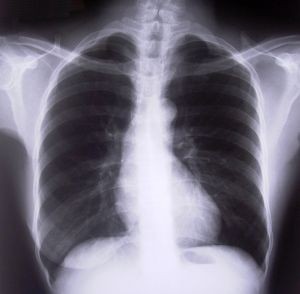 END_OF_DOCUMENT_TOKEN_TO_BE_REPLACED

Simply calling these two (Paul and Brown) disgraceful and dishonest would be compliment. One cannot understate the immense fraud committed by Laura Paul and Sara Beth Brown.

END_OF_DOCUMENT_TOKEN_TO_BE_REPLACED

“The Asbestos Fact Book published in 1944 is one of best lists of asbestos products I’ve seen and a great article for anyone who wants to learn about asbestos” said noted asbestos lawyer Michael J. Mandelbrot. “We now know these products cause mesothelioma, lung cancer and other disabling diseases and many companies have hid information on their utilization of asbestos. But this list of uses in the Asbestos Factbook came out before the public learned on the dangers and is one of the most comprehensive list I’ve seen.”

END_OF_DOCUMENT_TOKEN_TO_BE_REPLACED

Every year in the United States, over three thousand people die from mesothelioma, an incurable cancer caused by exposure to asbestos. A percentage of those afflicted by the disease include automotive mechanics and technicians exposed to asbestos occupationally that is contained in automotive parts, including gaskets, clutch parts, and brake linings.

Experts indicate that when these asbestos containing parts are installed, and then later as they break down and undergo maintenance, asbestos fibers are released in dust generated that is then inhaled by the auto mechanics and technicians. Once these asbestos fibers become lodged in the pleura, they contribute to the development of malignant pleural mesothelioma.

But now there are alternatives to asbestos containing brakes that consumers can request that their mechanics install on their vehicles, that are much safer for those who service the vehicle, and are better for the environment.

Organic brakes linings are made with composites constructed from naturally occurring ingredients. The linings actually use heat generated from the braking of the car to keep the brake material from breaking apart. Because the brake pads are organic and do not contain asbestos they are actually a safer waste product for sanitation departments to handle as well. One of the drawbacks of organic brake linings is that they typically should be used with lighter vehicles. But if you are deciding to change your habit and adopt a green lifestyle, you probably aren’t driving a heavy gas guzzling vehicle.

Another type of asbestos free brake is the “semimetallic brake”. This type of brake was developed in the 1960’s. The semimetallic brake is used on many foreign manufactured vehicles, in countries were asbestos is banned. It is typically constructed with sponge iron, steel wool, graphite, and resin.

If one is a non-professional performing maintenance on their own automobiles, they should always wear OSHA approved masks rated for asbestos exposure when performing automotive and brake repairs. The brake repair work should be performed outside in well-ventilated areas. It is never advisable to perform sanding and grinding of brakes that one suspects contain asbestos. Remember, if asbestos fibers deposit on a person’s clothing, they can unknowingly bring them into their own home after completing the repair work.

According to Asbestos Legal Center founder, attorney Michael Mandelbrot, consumers have the ability to demand that automakers do the right thing, and cease using asbestos containing products. “At the end of the day U.S. automakers are selling a product. If the public is informed that the product the U.S. automakers are selling contains a toxin, asbestos, that is causing people to die horrible deaths from mesothelioma, and demands accountability and a change in materials, the automakers will be forced to respond. In the mean time our office will continue to fight for those who are injured in the Court system.”

Every year in the United States numerous lawsuits are filed…
END_OF_DOCUMENT_TOKEN_TO_BE_REPLACED